"The Theory and Practice of Budget Review and Supervision of the National People's Congress" forum was successfully held.

“The Theory and Practice of Budget Review and Supervision of the National People's Congress” was held in Wenjiang, Chengdu on October 26th. The forum was supported by Southwestern University of Finance and Economics and Budget Review and Supervision Center of the Local People's Congress. Fu Zhihua, deputy dean of the China Academy of Fiscal Science, and Tao Shengyuan, the member of the Standing Committee of the Sichuan Provincial People's Congress and Budget Committee, attended the meeting. Scholars from 13 universities and research institutes, officers and experts from local people's congress departments of Sichuan, Henan, Jiangsu, and Hebei provinces also attended the forum.

The opening ceremony of the forum was held on the morning of the 26th, and was chaired by Liu Rong, dean of the School of Finance and Taxation of Southwestern University of Finance and Economics. Ou Bing, Vice-President of Southwestern University of Finance and Economics firstly gave a speech on behalf of the organizer. He welcomed all the guests, at the same time introduced the purpose and significance of the forum in detail, and finally raised expectations and requests for the future budget review and supervision of local people's congresses.  Secondly, He Jianghua, deputy director of the Sichuan Provincial People's Congress Budget Committee, introduced the establishment of the Budget Committee of Sichuan Provincial People's Congress which is the first budget committee of provincial people's congress. Then, Fu Zhihua, deputy dean of the China Academy of Fiscal Science, delivered a speech. It was hoped that through this platform, full academic exchanges would be carried out to improve academic standards and promote academic innovation.

After the opening ceremony, it was held that the appointment ceremony of the special researcher of the Budget Review and Supervision Center of the Local People's Congress of Southwestern University of Finance and Economics.Right after that, 6 guests gave their keynote speeches respectively regarding budget system reform.

Four parallel sub-forums were held on the afternoon of 26th in turn. Each sub-forum focused on different topics, guests and scholars fully communicated with each other and contributed profound academic point of view. 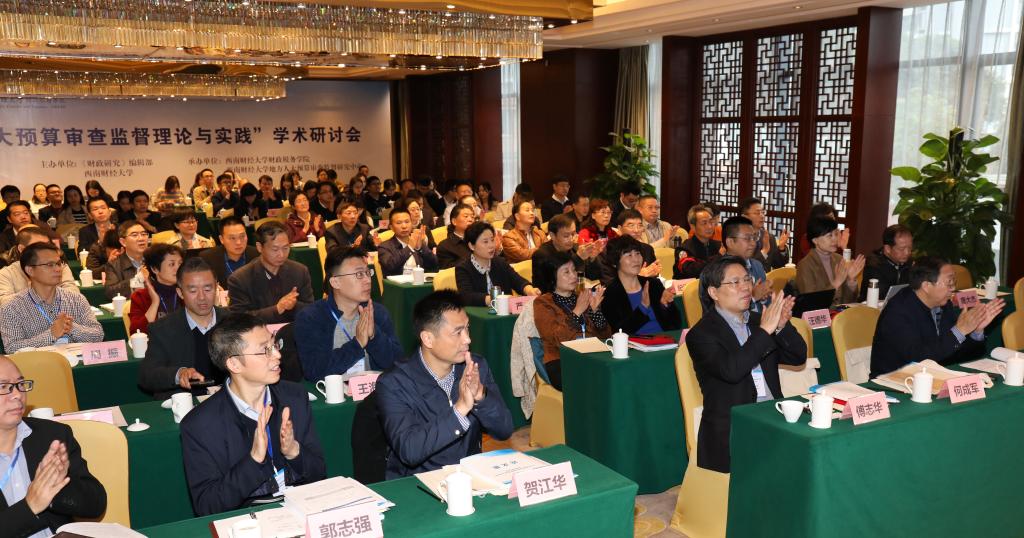